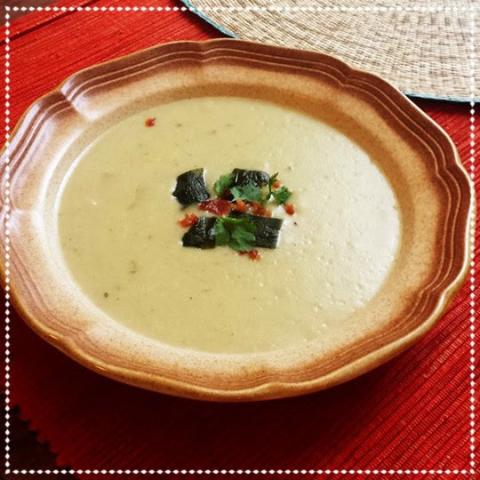 I'd like to share with you a recipe for Poblano peppers sent in by Laurel Maloney. Poblano peppers have a rich and smoky flavour and tend to be mildly hot. They are popular in Mexican cuisine where they are used in many different ways, more famously as chiles rellenos or chiles en nogada. However, this recipe for creamy roasted Poblano pepper soup is a definite winner.

Roasting the peppers: Broil peppers for ten minutes. Flip halfway through to char each side evenly. Place peppers in a bowl, cover with a plastic bag, and close. Allow to sit for ten minutes.

In a soup pot, fry the bacon over moderate heat, stirring frequently, until it starts to brown. Toss in the onions, half of the diced Poblanos, the salt and pepper and cook until slightly golden, 5 to 7 minutes. Spoon out any excess fat. Stir in the garlic and cook briefly just to release the aroma, 1 to 2 minutes. Pour in the chicken stock, add the potatoes and bring to a boil. Reduce to a simmer and cook 20 minutes. Puree in a food processor or blender just until smooth, being careful not to over-process. Over-working will result in a gummy soup. Return to the pot, stir in the light cream and bring just to a boil. Stir in the remaining Poblanos and cilantro for garnish.